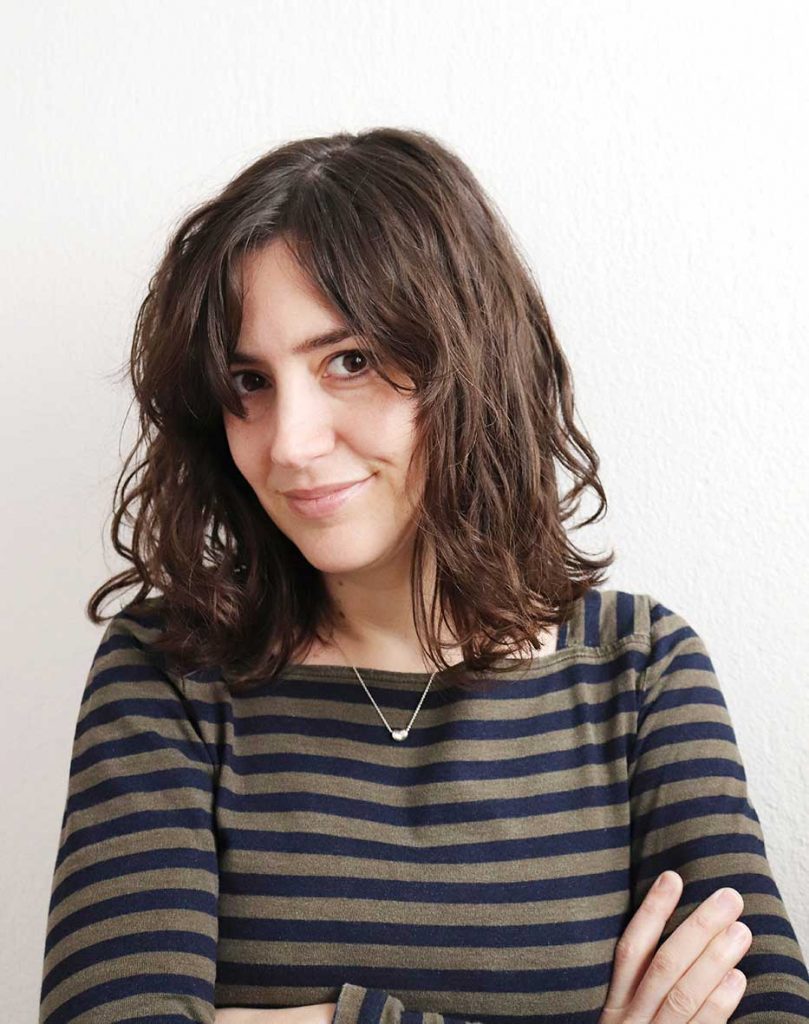 Ariadna is graduated in Industrial Design at Elisava Barcelona School of Design. Receiving the highest qualification for her final year project, Ariadna was awarded the prestigious ADI-FAD Award in 2002. During her years of training, she took part in various projects for brands such as Alcatel and Bormioli Rocco. She was selected to participate in the Reflexus exhibition, with Ingo Maurer, at the Centre d’Art Santa Mònica, and in the installation Flux Mundi at the MNAC, Museu Nacional d’Art de Catalunya.

After working with Martín Azúa and Emiliana Design Studio in 2003, she joined the Nanimarquina design team with which she has worked until 2016. There, she has been closely involved in the development of the brand’s collections and those of external collaborators; following each project to production, hand in hand with the suppliers and artisans. Ariadna’s passion for textiles and her curiosity about production techniques have allowed her to create innovative textures while experimenting with colour application.

During 2008 and 2009, she served on ADI-FAD’s executive board. Her work has been shown at exhibitions such as Offjectes, Conversational Spanish and To object: Memory and creation. Her Bicicleta rug, co-designed with and for Nanimarquina, is part of the permanent collection of the Design Museum of Barcelona.